Hello! We are a team of game development students, here is our first group project: Yolked! Yolked! is a 3D action-adventure game that follows an egg that's trapped in a kitchen and tries its best to make its way across the kitchen to escape through the window. Please give us advice on anything about the game! 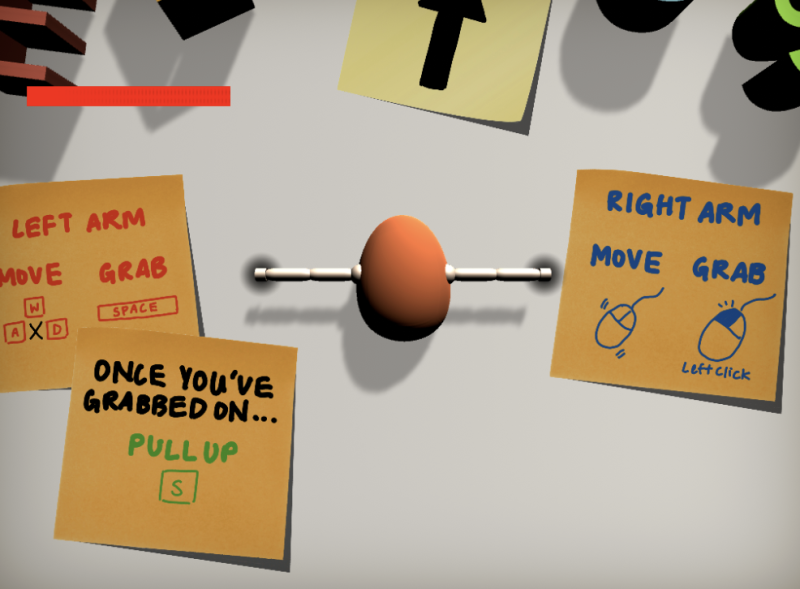 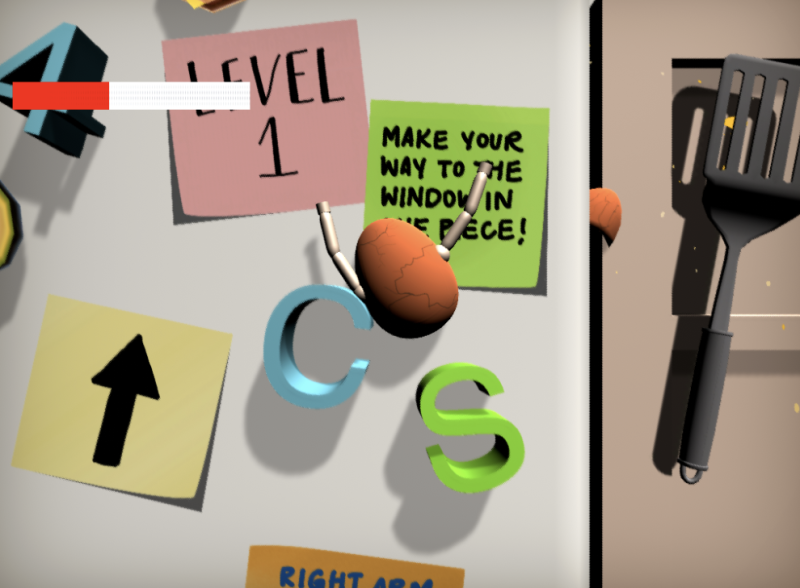 During the playtesting session, we got a lot of feedback saying that it would be nice if players were able to control both arms separately. This meant that we would either have the keyboard controlling one hand and the mouse controlling the other, or the keyboard controlling both hands. We realized that some keyboards have a 3 key limit, which is why we went with the keyboard+mouse approach. We also expanded on the game by adding new obstacles, a completely new level, more juice and animations. We want to make the game quite challenging at first, but also rewarding when players get used to the controls.

Plans for Next Week

In our next iteration, we want to add one more level and continue to polish the game. This includes adding hands to the egg, camera panning of levels, a game over scene, and perhaps a tutorial scene as well.

Escape the kitchen as an egg!